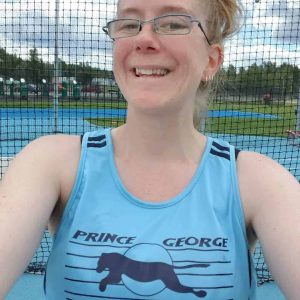 I have been with PGTF for the past 10 plus years as a coach, athlete and a member of the board. I grew up in Quesnel where I was a track and field athlete, specializing in the throws, for Correlieu Secondary School under Pat Marsh. My favourite throws are the hammer and discus throws. I am trained in sport coach and club coach. I have taken training in wheelchair athletics with specific attention to seated throws. I love track and field and believe in its ability to make any individual stronger as an athlete and an individual. 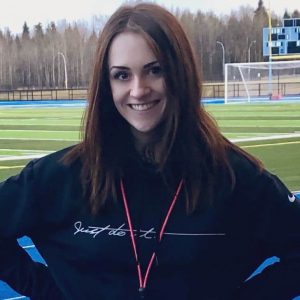 I have been a member with the track and field club since 2008, spending 9 years as an athlete, and being a junior development coach since 2012. As a junior development athlete, I ranked 5th place for the BC Athletics All Time Top Ten Performances in the 11 year old girls 60m dash category. In 2012, I ran the fastest 13-year-old girl 200m time for that year in British Columbia. With my 200m time in 2012, I broke a 32 year old record with The Prince George Track and Field Club for the fastest time that a 13 year old girl has ran while representing our club. In 2013, I attended the Legion National Youth Track and Field Championships for the 100m dash. I also qualified for these Championships in 2015 after taking a year off due to my scoliosis surgery. I attended the 2018 BC Summer Games as one of the assistant coaches for Cariboo-North East (Zone 8). Currently, I am Club Coach trained in Sprints/Hurdles, Endurance, and Jumps. 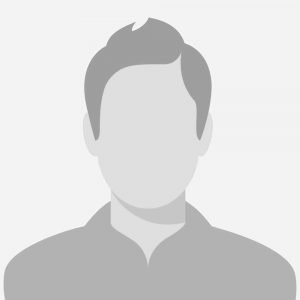 Coach Ross is a level 1 certified coach in all events, a level 2 trained coach in all events, and a level 2 certified coach in endurance. Ross has previously coached for the Langley Mustangs Track and Field Club, Pacific Academy, and Team BC.  With the Mustangs, Ross has helped develop multiple junior and senior BC high school champions in the sprints, jumps and endurance events. He has also helped guide their Junior Development program, which is the second largest of its kind in the province. Ross helped build Pacific Academy’s track and field program, which went on to win the Junior Boys and Jr Combined Team Championships banners at the BC High School Championship this past year. Ross has represented Team BC as a coach, at the Canadian Cross Country National Championships and has also represented Zone 3 at the BC Summer Games, as a multi-events coach.  Ross currently sits on BC Athletics Junior Development Board, representing Zone 8 (North Central) on a two year term, after previously representing Zone 3 (Fraser Valley).

Our newest addition to the coaching staff. 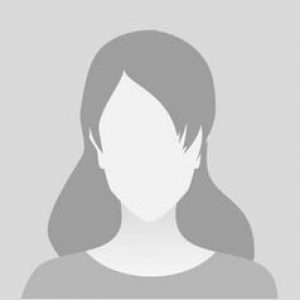 Carolyn has been coaching high jump with the Prince George Track and Field Club since 2018, and is Level Two trained. She represented Zone 8 (North Central) as a member of the BC Athletics Junior Development Board from 2017 to 2019. Carolyn brings with her an extensive coaching history in artistic and trampoline gymnastics, and she currently coaches competitive trampoline at the national level. Carolyn is passionate about sport and encourages long-term athlete development and maintains a passion for health and wellness in all her coaching practices.