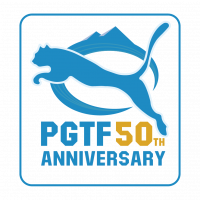 News from the Canadian Track Championships

Alyx Treasure of Prince George has qualified for the 2016 Olympics in Rio de Janeiro. She cleared 1.93 metres Saturday while winning the Ward Haylett Invitational meet at her home track at Kansas State University in Manhattan, Kan.   – Errol Anderson

All Alyx Treasure needed was a podium finish to officially join the five-ring circus.

She did even better than that when she won the gold medal Saturday in the women’s high jump at the Canadian Olympic track and field trials in Edmonton.

That means Prince George will have at least one homegrown athlete to cheer on in the 2016 Olympics in Rio de Janeiro, Brazil. The Prince George Track and Field Club member became the first athlete in the club’s history to make Canada’s Olympic team.

Although she was fitted for her Olympic team uniforms Sunday morning in Edmonton, Treasure said she wasn’t going to relax until Athletics Canada had named the team, expected to be the largest-ever Canadian contingent of track and field athletes for an Olympic competition.

Treasure, 24, cleared 1.88 metres with her first attempt to lock up her third-straight Canadian championship. She had already achieved the Olympic standard of 1.93m (six-foot-four) May 7 at the Ward Haylett Invitational meet at her home track in Manhattan, Kan.

“It was good – I thought I competed really well with the field and then I kind of dropped the ball after I won, and I was a little upset about that,” said Treasure. “I’m 99 per cent sure that I made the team but until I’m on that list it’s still waiting out. I got fitted (for clothing) and got my travel (arrangements) done but I still want to see my name on that list before I completely celebrate.”

On Saturday, Treasure entered the competition with the bar set at 1.75m. She cleared that height successfully on her first attempt, then completed first-attempt triumphs at 1.81m and 1.84m. Natasha Jackson of Calgary and Jillian Drouin of Sarnia, Ont., finished second and third respectively in the trials. Both cleared 1.81m  but failed to go beyond that mark. Neither Jackson nor Drouin achieved the Olympic standard and won’t be part of Canada’s team.
Treasure made three attempts at 1.92m but knocked the bar off each time.

The Rio Olympics run Aug. 5-21. The qualifying round for the women’s high jump in Rio is set for Thursday, Aug. 18 starting at 10 a.m. Brazil time. The finals are scheduled for Saturday, Aug. 20 at 8:30 p.m. local time. Rio is four hours ahead of the Pacific time zone. Treasure knows she will have to exceed her personal best – 1.93m – to advance to the Olympic final.

“I think I have a pretty good shot of getting into the finals. It’s kind of anybody’s game right now with high jump, there’s nobody who’s been a clear leader,” she said. “Practice has gone really well, competition is where the rust has been at with my height. My fitness is where it needs to be, so I think when I get there I’ll be able to perform.”

Treasure posted a second-place finish at the Harry Jerome International Track Classic in Burnaby, June 17. She plans to compete in an American Track league meet on July 23, where she will hook up with her coach from Kansas State, Cliff Rovelto, who will be the high jump coach for the American team at the Olympics.

Treasure knows there are risks involved with going to Rio, where there are concerns about security, pollution and the Zika virus, which is spread by mosquitoes. Six years ago, Treasure was diagnosed with Crohn’s disease, which causes an inflammation of the intestines. The medication she uses to treat the condition weakens her immune system and she’s not allowed to receive any active vaccinations.

“I’m at an extremely high risk of any kind of virus and it is a concern I can’t ignore but it’s the Games and you can’t miss out on that,” she said.

Treasure’s father, Steve, plans to make the trip to Brazil from Prince George but her mother Cindy is still uncertain whether she will be in the stands in Rio when her daughter jumps at the Olympics.

• Prince George’s Geoff Martinson, a 30-year-old who now lives in Vancouver, competed at the trials in the men’s 5,000m run. Due to a nagging knee injury, he hadn’t planned to attend the meet. However, he was on the track and finished in fifth place in a time of 14:10.15. Ontario’s Mohammed Ahmed crossed the line first in 14:00.93.

• One other Prince George athlete, Zach Matyas, competed at the Olympic trials, in the 800m run. Matyas ran the first heat on Friday in 1:59.79 but failed to advance to the finals.

“I got in the slow heat, unfortunately, and they take the 10 fastest times of the three heats,” said the 20-year-old Matyas, who needed a time of 1:55 to advance. “I was the fastest guy in the heat so I was trying to push the other guys to go a little quicker. The other heats get to watch the heat before them so they knew they have to go faster than us to get to the next round.”

Matyas, a Duchess Park secondary school graduate, attends Douglas College in New Westminster, majoring in psychology. He competes with the Langley Mustangs Track and Field Club. He plans to compete this weekend in the B.C. championships, which start Friday in Nanaimo.

• At the trials, which also served as the Canadian championships, Emma Floris of Vanderhoof was in the junior division. In the 400m race, she won her heat in a time of 57.16. In the finals, Floris ended up 19th with a clocking of 59.16.